Author Kendra Fortmeyer speaks with our senior editorial consultant Maria Pinto about the process of writing her first novel, HOLE IN THE MIDDLE (now available for pre-order on amazon.co.uk), as well as discovering her characters, turning walls into springboards, and wanting to backup-dance for Of Montreal.

MP: Your debut novel, Hole in the Middle, comes out with Little, Brown this summer. Congrats, congrats, a million times congrats! I hear you were at Clarion, the premiere science fiction and fantasy workshop in the country, when you got the news of its pending publication. Describe the first 24 hours after that fateful phone call/ email/ however these things are communicated.

KF: A secret: I knew about the sale quite a long time before Clarion! It became finalized right just before I was accepted to the workshop, but I couldn’t tell anybody. A second (less secret) secret: publishing is (99% of the time) a painfully glacial industry, at least from the author side. Agents have enormous piles of manuscripts on their desks, as do editors; contracts can take months to negotiate; announcements of sales are, themselves, carefully calculated and timed so that your book will receive the most attention possible. So the disappointing answer, in short, is that I’d known about the sale for months but had to Keep It A Secret, because according to mystical publishing algorithms, announcing the sale was most advantageous in July. This can be quite difficult, especially when you’ve poured your heart and soul into a project and presented it trembling to the world, but at the end of the day, soul-trembling or not, publishing is a business (that does, hopefully, present the soul-trembling product of your heart to the world in the best possible light; my agent and editor are brilliant and I would never doubt them).

But! In those 24 hours after the announcement, my beautiful Clarion classmates threw me a surprise doughnut party, because they are the best humans, and I will never stop telling the world so.

MP: What were some things that surprised you about the writing of this book?

KF: Hole in the Middle is my first novel, and so the whole thing was a learning experience. I was most surprised by two things: the first was the point when I couldn’t hold the entire story in my head anymore. As a short story writer, I’d always had an intimate knowledge of my work: where, exactly, certain conversations fell on a page, which language had been used already and which hadn’t. Trying to conceive of an entire novel at once was like trying to carry an armload of spaghetti up the stairs—it’s a bigger and more daunting and slippery experience.

The second is how a novel grows and changes over the course of its writing, and by necessity: when you write a flash fiction in one sitting, it is of a single time and place, and a single instance of yourself. I drafted this novel over the course of a year, during which I was every season of myself. It took a greater deal of editing than I anticipated (in a much more compressed time) to bring the book in line with itself.

MP: Did you have a specific reader in mind as you wrote it?

KF: This book began as a voice to me – that of the main character, Morgan – and so I’ve always felt it was very much her story, meaning both that it tells the story of her, but also that it belongs to her, and is important to her (the fictional but very dear character) that it gets told. She’s raw and messy and flawed but overall striving, wanting, trying fiercely to figure things out.

Though initially I was writing the book for myself (creating the kind of strange feminist magical realist book I wanted to see in the world and couldn’t find anywhere) I think, by the end, I was writing it for Morgan, and the girls whose shadows she embodies: women in their teens and twenties who feel broken and beautiful and monstrous and not quite aware of their own power. Theirs is a story I will never stop loving and respecting and telling.

MP: I’ve read that it wasn’t until you’d almost finished the first draft of your stunning, Pushcart-winning short story, “Things I know to be True,”that you knew Charlie’s true identity. Who was he before? What was it that tipped you off that he needed to be someone else?

KF: I’ve seldom worried so much about a person who never existed. Like Hole in the Middle, “Things I Know to be True” began as a voice: Charlie began speaking to me in the first person, present tense. His voice is extremely naïve, a speaker who is earnest and hurting and complicated and at odds with the world in ways he doesn’t seem bothered by but can’t quite grasp.

As we seldom move through the world reciting our motivations and backstories (“Kendra frowned, as she had had braces not once but twice when she was young, and this was the source of all of her ingrained tooth-related trauma!”), it took a while for Charlie to reveal to me what his story was—and once he did, I was quite heartbroken.

MP: I recently read your wonderful short story, “The Girl Who Could Only Say Sex, Drugs, and Rock & Roll,” and was struck by the fact that a work with a central conceit that might at first seem limiting (ie: the title character’s “problem” is just as described) opened up into a parable about the dangers of thinking the world and people in it are always immediately legible. It’s as if the wall you created for yourself with that one problem was really a spring board. How do you move that way, from a premise with a built- in border wall around it to a fully-fleshed story with heart?

KF: This fully fleshed heart took time and distance to grow – this story stumped me persistently for months. It revolves around the central conceit of the title: that there’s a girl who can only say the phrase ‘sex, drugs, and rock & roll,’ and I began with the intention to write a funny little flash fiction. But I couldn’t make the damned thing work. What do you do with a one-dimensional character? I tried a few different approaches and, repeatedly stymied, stuffed it into a drawer for the better part of a year until Amy Gentry approached me about writing a chapbook for Awst Press. Okay, story, I thought. Time to tango.

When I returned to my one-paragraph draft, I suddenly understood that the problem I’d had with the story was the problem at the heart of the story: that when you believe another person is one-dimensional, there’s no room for growth or relationship building. (It’s one of those messages that you know to be true; that Sesame Street taught you was true when you were four, but that can still be so difficult to internalize.) So my initial authorial failure to recognize the personhood of the girl who only says ‘sex, drugs, and rock & roll’ became the central arc for the pretentious, self-identified loner narrator Marlene, who learns to see the girl and falls in love with her as a result – and things continue to twist from there.

MP: Was there a similar process for Hole in the Middle?

KF: Some magical conceits create barriers, but some open doors. The hole always made sense to me. The premise of the story (it was a story first) is that the main character has a hole about the size of a peach that goes through her torso, straight through: if she’s standing in front of a bookcase, you can read the titles on the other side. It’s a difficult thing to explain and pitching it (or explaining it to well-meaning strangers at parties) often evokes an unconvincing, “Oh. That sounds. Interesting.”

But it makes sense to me: who hasn’t felt like a part of them is missing? Who hasn’t felt like they are weird or apart in some way that other people aren’t weird or apart, or felt that their body is faulty, or that they feel empty or incomplete? The hole in the book is far from metaphor – Morgan spends her life in doctors’ offices, gets her period irregularly (her organs are misshapen and slightly rearranged), secretly loves feeling the wind slide through her body when she rides her bike – and these elements shaped her character as much as the metaphorical sense of being incomplete did.

MP: Any rituals before you sit down to write?

KF: These days, I’m commuting long hours to a fulltime job and scrambling to carve out writing time, so alas – any [ethernet] port in a storm!

MP: What are some non-writing art forms you’ve taken in lately?

KF: I had the enormous pleasure of seeing Of Montreal in concert a few weeks ago, and a comedy show last night. (I’m a terribly boring human with the great fortune of having interesting friends; they remind me that the world is more than books.) I find it impossible to turn off my writer brain when I’m at a reading or a movie or a play—wondering would I have crafted that scene, editing that line, generally being a silent grammatical backseat driver. There’s something wonderful and liberating in playing audience for an art form you don’t know the first damned thing about: I get to turn my brain off and let all the wonder in. It’s better than any medicine.

(That said, Of Montreal, if you’re reading this, I would make an excellent glitter-festooned mouse-head-wearing backup dancer; PM me.)

MP: Who comes to your dream gathering of writers and artists, living and dead?

KF: I recently told a friend that my ideal bachelorette party would be hiking in the woods by myself (everyone else may trail behind me at 50 paces in their penis hats if they wish), so “dream” and “gathering” are two words I rarely speak in the same breath. Regardless: I want to sit quietly with Rilke. I want to take Virginia Woolf’s hands in mine and tell her I love her. I want to talk blue lipstick with Kelly Link and have Ted Chiang explain to me how time travel works and to that end, I guess I’d like to time warp back to Clarion. Elizabeth McCracken and Edward Carey because they are wry and remarkable and charming, and also Sherman Alexie, that teller of tales, and also you, Maria Pinto, who will get us all merrily into mischief and make it a night to remember. 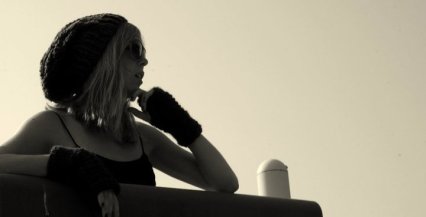 In the words of her father, KENDRA  FORTMEYER was “born in a barn and raised in a stable environment.” She grew up in the lush woods of central North Carolina, surrounded by stacks of books from her local small-town library. Now a Pushcart Prize-winning fiction writer and dedicated youth librarian, Kendra’s work has appeared in One Story, The Toast, Black Warrior Review, and elsewhere. She received her MFA in fiction from the New Writers Project at UT Austin, and her MLIS from the School of Information. She edits fiction for Broad!, a magazine publishing women and transgender writers, and is an attendee of the 2016 Clarion Science Fiction and Fantasy Writers’ Workshop. Her debut magical realist novel for young adults, HOLE IN THE MIDDLE, is forthcoming from Little, Brown. 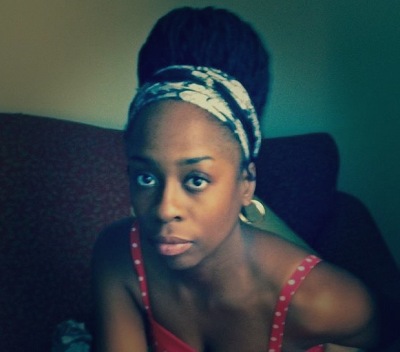 MARIA  PINTO’s work has won the Dafna Zamarripa-Gesundheit Prize for fiction, and she has been awarded a fellowship at The Writers’ Room of Boston and a residency at The Mastheads. Her fiction and poetry has appeared or will appear in FriGG, Necessary Fiction, Luna Luna, Word Riot, Pinball, and Menacing Hedge, among others. A resident of Boston, she works as a pet care provider and sometime writing instructor. Her debut novel is in search of a home. She’s working on the next.