The fantastically feral “My Wet” is one of two twisted poems by Adam Tedesco & Juliet Cook in our Fall 2015 issue.

The rat that hears the voice
Appears no different
Walks a simple path
Like submission, a gift

ADAM TEDESCO has worked as a shipbuilder, a meditation instructor, and cultural critic for the now disbanded Maoist Internationalist Movement. He conducts the ConversexInverse interview series and analyzes dreams for the online literary journal Drunk In A Midnight Choir. His recent work has appeared or is forthcoming in Similar:Peaks::, pioneertown, Funhouse, Cosmonauts Avenue, and elsewhere. 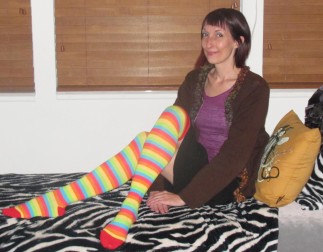