SPOILER ALERT: Stephen S. Power‘s “Who Else Would Make a World Like This” (the first piece from our forthcoming Summer 2015 issue) takes place in a not-too-distant future during GAME OF THRONES’ series finale. Any similarities between this work of flash fiction and the show’s actual finale are purely coincidental. Any similarity between this story’s vision of our future and our actual future, however, is another matter entirely.

ADAM AND HIS FRIENDS ERUPT IN CHEERS when, during the Game of Thrones finale, Jon Snow steps over Jaime’s body. Shots all around.

“Who’s got Jaime in the pool?” Adam says.

Bea laughs. “I can’t believe I’m still in it with Gendry.”

Jon Snow picks up Oathkeeper and charges Aegon. Adam refills everyone’s glasses with Kilmagoon. He gives Bea hers. She kisses his hand. He kisses her neck.

“What the hell?” Michael says.

Adam’s phone buzzes. Luce looks over his arm. “You hit your viewing cap? It’s only the 13th.”

“I told you I binged the whole series.”

“I blew it on the series,” Adam says.

“I’ll pay,” Bea says. She jabs the screen of her phone, entering the TV’s serial number.

Adam whispers to Bea, “Thank you.”

Gendry’s Armies of the North, surprised after taking Duskendale, are being blasted by Dany’s dragons.

“And his dreams of spring die,” Luce says.

“I can’t believe I just paid to see that,” Bea says.

The Brotherhood appears, it fires crossbows at Dany’s back, and the power in Adam’s apartment goes out.

“You cannot be serious,” Michael says.

Bea pulls away. “Should I break up with you now, Adam, or after I kill you?”

“I don’t know what the problem is,” Adam says. The city glows through the curtains. He goes to the door and cracks it because the peepscreen’s dead. “The hallway’s lit.”

His phone buzzes. “Unbelievable.” He turns it around.

“You hit your power cap too?” Luce says.

“Someone must be hacking my line again.”

“Now that you and Bea are done,” Luce says, “could we go out so I can dump you too?”

“Screw it,” Michael says, “I’ll use the app. Nothing like fifty-foot dragons on a 5-inch screen.” He taps his phone. Bea slides over to snuggle against Michael. He shakes her off. “This is crazy. ‘Due to reciprocal contracts with Consolidated Edison, CoxWarner cannot provide service to your location at this time.’”

“I’m leaving,” Luce says. “Someone else in this building has to be watching.” She gets up and unchains the door. Bea follows her.

“I’ll bring the pool,” Michael says, “so Adam’s landlord can’t take it for the rent.”

Luce pounds on the door across the hallway. An old lady’s face appears on the doorscreen. “Yes?”

“Don’t you know Game of Thrones is on?”

“Yes. My power’s out. We were wondering if we could–”

“What? If you’re already watching–”

They try the other two doors on the floor. No one answers the first. From the other they hear a man yell, “Go away!” as Arya tells someone she’s so sorry.

“Outside,” Michael says. “That far from the apartment, the app should work.”

They bolt downstairs and burst onto the sidewalk. Michael punches the app and gets the message, “This program is unavailable because viewing it at your present location would constitute a public performance.”

They look around, desperate. The few pedestrians ignore them, watching the finale on the lenses of their glasses.

“This is how angry mobs start,” Luce says.

Adam sees a blue light in the basement apartment two brownstones away. “Look.”

They run and squat and peer through the open blinds. On the TV inside Melisandre douses the Prince of White Walkers in flames. For fifteen minutes the friends can’t move.

Adam feels a crowd gathering behind him. He recalls a time when Americans watched great events together on the TVs in store windows. He smiles. To be with friends is one thing. To be with a city watching the same show: Adam’s never felt so connected. Then, as Hodor sums up the series, Bea takes Adam’s hand. He kisses hers, and other, larger hands yank him up and spin him around.

The cops arrest them for peeping on private content. In the van they’re told, “No, the holding cells don’t have HBO.” 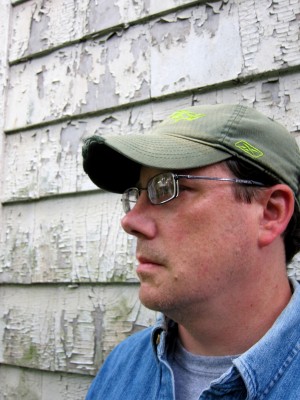 STEPHEN S. POWER‘s first novel, The Dragon Round, will be published by Simon451 in August 2015. His stories have recently appeared at AE and Daily Science Fiction, with many forthcoming. He’s also a Pushcart-nominated poet with work that will soon be read on StarShipSofa. He tweets at @stephenspower, and his site is stephenspower.com.

1 thought on ““Who Else Would Make a World Like This” – Fiction by Stephen S. Power”