Just in the nick of time, we’ve mailed our nominations for this year’s prestigious Pushcart Prize, which will honor literary works published in 2015 by little magazines & small presses throughout the world.

And our nominees are (in order of appearance):

Congratulations & best of luck to our nominees– and thank you all for contributing your phenomenal work to our weird little zine.

“Spanish Donkey / Pear of Anguish” is Jessie Janeshek at her flappiest– deliciously dark, sardonically surreal, twistedly sensual– and it’s merely one of four poems she contributed to our Summer 2015 issue, currently orderable online via Amazon and Createspace, or purchasable at independent brick-and-mortar stores like Bluestockings and St. Mark’s Bookshop.

TEENY HUMILITY COMETH TO ROOST
and try on a red pleather miniskirt.
Nothing elaborate in our small universe
we don’t expect to feel better
but we have a web presence
and our hands smell like new pubes
and yeast after sleep.

Witness humanity
fixing our uterus
our lagging muffler
when we give the dolls hooves
and make them little sweetmeats.
We lap the raccoon blood

when we break from the we voice
our blue glands kitschy
our kidneys managed.

Then science gets interesting
séances in jars.
We’re mad. I mean crazy
though angry applies

our sex a systematic
contagious compromise.
I rub your face off of
the triple-braid bride’s.
I think I hear you coming
but it’s just the sheepdog. 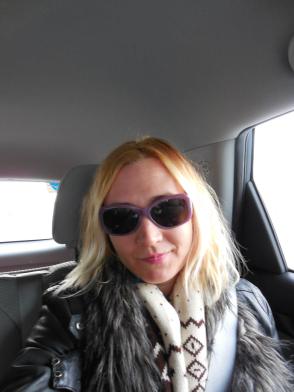