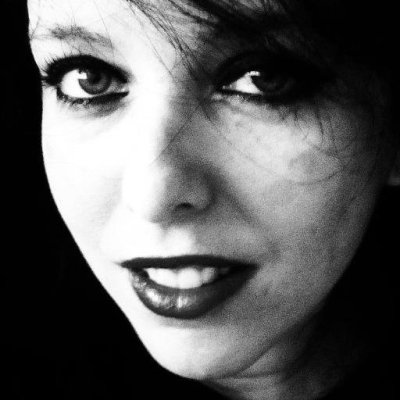 Misti Rainwater-Lites is the author of numerous books, including the phenomenal Bullshit Rodeo. Her writing is fierce & vulnerable,  magical & earthy, like a glorious mixtape of punk rock & sweet slow soul & Led Zeppelin & Patsy Cline. Longtime FLAPPERHOUSE readers may remember her piece “Angels Howling in the Trees,” which appeared in our very first issue.

Our managing editor Joseph P. O’Brien recently spent a day text-messaging with Misti about her writing, as well as Deadpool, David Lee Roth, Gertrude Stein, and much much more…

Joseph P. O’Brien: Bullshit Rodeo is called a novel, but it feels like one of the rawest, most fearlessly transparent books I’ve ever read. Can you give an idea how much of it is true to life? Or would you prefer to keep a blurry boundary between your fiction & non-fiction?

Misti Rainwater-Lites: People have mistakenly referred to Bullshit Rodeo as a memoir and creative nonfiction. It’s neither. It’s a novel the same way Tropic of Cancer and How to Save Your Own Life are novels. I took my life…the very real horror and heartache…and turned it into a novel. I’ve never had sex with a fry cook. There really was a dead butterfly.

JO’B: The first book I finished in 2016 was The Bell Jar, and you reference Sylvia Plath a few times in Bullshit Rodeo, so that was fresh in my mind while reading your book. I’d keep wondering if Plath’s character might have ended up a lot like your character if she’d been born 40 years later in Texas instead of Boston. Was The Bell Jar a conscious inspiration for you?

MR-L: No, I wasn’t thinking of The Bell Jar when I wrote Bullshit Rodeo. Here’s some background. I was revising a horror novel entitled Mordiscado in 2009. I was talking to a good friend and fellow writer on the phone and he told me I needed to write what I knew. I needed to write Texas. I said, “Shit. It’s hard enough LIVING Texas. I can’t write it!” He brought up a favorite writer of mine, fellow native Texan Larry McMurtry.  The Last Picture Show is one of my favorite novels of all time. Larry took pieces of his life or life he was on the periphery of in Archer City, which isn’t too far from Bridgeport (my birthplace) and Seymour, which is where my parents and maternal grandparents grew up and fell in love, and made it into a novel which later became a damn fine film.

I admire Sylvia Plath, of course, but I can only relate to her on a limited level. She was born to educated upper class parents in New England. She led a charmed, accomplished life…which was rendered null and void due to her severe mental illness. Maybe if Sylvia Plath had been born in Texas to working class teenagers in 1973 she would be alive now in donut pajamas, set to finally receive a BFA at the age of 43. But Plath was genetically blessed. I’m genetically fucked. Or maybe we should flip that. She was brilliant but died too soon in a horrific way. I possess average intelligence and I’m alive in the glorious 21st century where we have billions of options, none of them terribly appealing. But there’s always karaoke and vibrators and Valero coffee. I took my son to see Deadpool last Saturday and made him chocolate covered strawberries for Valentine’s Day. Thus, I kick Sylvia Plath’s brilliant dead ass. END_OF_DOCUMENT_TOKEN_TO_BE_REPLACED