Families, and all the complicated emotions they can make us feel, are all over our Fall 2016 issue — like in M.A. Istvan Jr.‘s richly-detailed & deeply affecting poem “Visiting Elizabeth.”

THE LAST TIME I SAW MY SISTER, ELIZABETH,
was the last time my dad did. It was 1999,
upstate at the city hall in Poughkeepsie
for one of those CPS-supervised visits.
She was three at the time. I was fifteen.

Grandpa drove us up there from Beacon—
me cramped each way on my dad’s lap
in the backseat, holding back as usual
garbage bags and disgust, the stench
amplified by Grandma and her Yorkie.

My dad said he needed cigarettes first
and to drop us at the corner gas station.
He had me hold the brown-bagged 40.
He was off beer and Grandma was eyeing
from the junkyard Mazda, hand-brushed red.

“Mike,” Grandma yelled as we passed.
I followed my dad pretending not to hear.
“Mike! Don’t forget the camera, the book.”
I went back for the disposable Kodak
and the coloring book with wax crayons.

Beside a tree in the park close to city hall,
my dad took swigs of his King Cobra malt.
Looking around nervous in a Newport cap,
he dribbled down his fresh-shaved chin.
He wanted helping swigs, but I said no.

He asked me to carry what was left.
My face the answer, he resisted at first.
“You got baggy pants, boy,” he reasoned.
But I knew enough not to be in city hall
struggling to keep my sloshing sweats up.

Either the fantasy of the plan or thoughts
of how the sloshing would ruin the beer
had him give up the fight. In the snow
next to a bench he buried it. To the eyes
of a passing suit I said, “Gotta keep it cool.”

After a pat down and an elevator of eyes
we were in the meeting room. Elizabeth
grimaced from the foreign beer kisses
and moved back to the caseworker’s lap.
I snapped pictures while she colored.

Grandpa was curbside when we came out.
He said no to the park. My father said
that he had dropped money, but then said
that he had it in another pocket. For the trip
he bought them their Win4 lotto numbers. 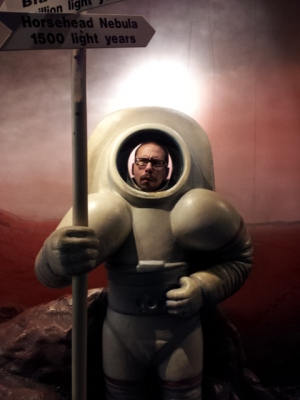 M. A. ISTVAN JR. worked as a janitor at his high school during high school. Interventions from scarved liberal whites with gluten allergies sent him on a trajectory that, despite failed attempts to snuff out his pimp-drag step and his New York Ebonics, culminated in his earning a PhD. But with the bleak academic job-market, together with a family too ravaged by illiteracy and homelessness to provide any sort of safety net, it looks like he might come full circle. There are signs that he is well on his way. While he has not yet gone back to McDonald’s dumpsters, he steals whatever he can from supermarkets and more and more of his daily calories are coming from sugar packets and those mini jelly trays. His creative writing is currently forthcoming at the following magazines: Mobius: The Journal of Social Change, All Roads Will Lead You Home, Quail Bell Magazine, Bitterzoet Magazine, The Gambler, Futures Trading, Right Hand Pointing, and One Sentence Poems. Visit Istvan’s page at https://txstate.academia.edu/MichaelIstvanJr.