“Comforts Which Are Few” is one of three enigmatically beautiful poems by Armando Jaramillo Garcia in our Fall 2016 issue.

PROMISES ARE SMALL THINGS WHISPERED TO AN ANT

Delivered with an eyebeam to that studious hawk

Perched across the courtyard waiting for the wind

Which is your only reason for being here

Enigmatic stranger in a shawl

And nothing else I promise not to tell

How you opened and closed it during a squall

Your skin the devoted beacon of resolve

When boredom raged in the sea of this room

Left to our own devices we are all over the place

Coughing on cue or harvesting sighs

In the journals of Goncourt or Madame Bovary’s thighs

In that period of time with which we are consumed

Promises are a domestic game with a biblical bent

Practiced by our grandmothers during Lent

We enjoy too much to disturb the other’s thoughts

Seems to say with its nervousness

To pick up the threads of another’s life

And give them back as comforts which are few 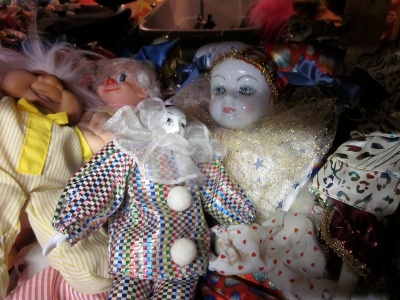 ARMANDO JARAMILLO GARCIA was born in Colombia and raised in New York City. He graduated from Aviation High School and attended Hunter College. Prelude Books will publish his debut collection of poetry, The Portable Man, in 2017. His work has also appeared recently in The Boston Review, Public Pool, Prelude, Horse Less Review, TYPO, Inter|rupture, Pinwheel, and others.