Jessie Janeshek‘s magical and mischievous “Red Hair, Red Venison, Brown Summer Sun” is merely one of four poems she contributed to our Summer 2015 issue, currently orderable online via Amazon and Createspace. Copies are also on sale at independent brick-and-mortar stores like Bluestockings and St. Mark’s Bookshop.

WE’RE A FOX FOR ALL SEASONS             eat bonbons like bad pigs
cry every rain for the bones of an idol
the colts of an emblem
the house-cat shaped hole in the tree.

All signs point to yes, unsympathetic.
We spray piss, make it coarse
since it’s not crime if it’s habit
and we’re the white horse
the slim beehived bride in the iron lung
still watching          Dark Shadows
in retrospect.

Author’s Acknowledgment: The phrase “the bones of an idol” is the title of a song by The New Pornographers. 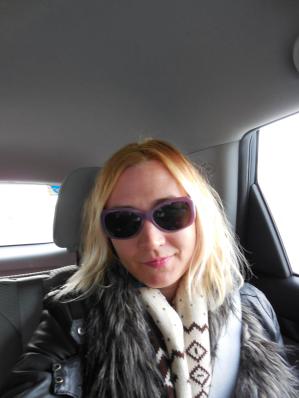