“The Playground” is not just a setting but a character in Samantha Duncan‘s magically unsettling flash fiction from our Fall 2015 issue.

IT WAS THE START OF SPRING WHEN THE PLAYGROUND BEGAN to behave in a maternal way. Howard, having just learned to walk, tripped over his own feet and landed hands and knees in a muddy spot of mulch. He had mixed feelings about dirt on his body, only enjoying it when he submitted himself to it, so this was an event altogether displeasing, which he hesitantly expressed through an animalistic wail. His mother, sitting on a bench at the opposite end of the playground, had barely risen from her place when the ground in front of Howard let off a small explosion, and from under the mulch a burst of water landed directly on his splayed hands and feet.

His mother jerked and back-pedaled slightly before charging toward her son. She frantically checked him over for further injuries from the tiny water volcano, then assessed his mental state, assuming that at the very least, he’d be spooked and immediately want to go home. But he was completely clean from his impromptu bath, and his expression suggested nothing more than perplexed curiosity, and when she moved her hands to his armpits to hoist him up and head for the car, he fought back with the move all children perfect in their first year: thrusting one’s arms straight up and causing them to slide out of their handler’s grip. It worked, and she put him down.

He immediately ran to the metal dome climber and, though he’d never done it before, climbed almost to the top and rested his body there, giving the structure an awkward but loving hug. His mother, unsure what to think, circled the playground to look for signs of another explosion, but the ground looked calm and inanimate. There had to be an explanation, some natural phenomenon she’d never heard of. Maybe the playground was built on shifting plates. Science held the answer. She watched her son close his eyes and hug the dome climber tighter.

Other things started to happen, though, that couldn’t be dismissed by any sort of science. Bailey attached his mouth to the outer curve of the yellow tube slide. A few minutes of this passed before his mother looked up from her iPad and tensed her face in disgust.

She marched over to him and demanded to know what he was doing. He waited until she was within arm’s reach before popping his little mouth off the slide, and he screamed:

Bailey’s mother had never heard such a voice come out of her child. She was stunned, and, despite her feelings about whatever germs were likely on the slide, she let him be and went back to her bench and iPad. She couldn’t concentrate on reading, however, and glanced up every few seconds to watch her son suckling the giant piece of plastic. Having been unable to nurse him so many years ago, she felt a sudden ache about what she saw.

Some kids started eating the mulch on the ground. Others nuzzled up to the plastic rock-climbing wall, willing and relaxed, as though they’d been acting this way their whole short lives toward a non-feeling entity, their bond challenged only by their relationships with their parents.

The mothers reacted in various ways. Esme’s mother stopped bringing her altogether when one day, the girl took her blanket up the wooden ladder and slept on the landing for two hours, unable to be disturbed. Others, while unable to fully embrace this nurturing playground, continued to bring their children to it, as it proved to be an excellent babysitter while they answered emails and chatted with each other. Charlie’s mother saw the playground as a welcome relief, having spent the first three years of her son’s life unable to detach him from her hip without sending him into a rage. This was the first time she’d seen him accept the comfort of someone that wasn’t her, though it was a something.

Then it rained for a week in April. Armed with busy boxes and DVDs, mothers were surprised to see their children react with even tempers instead of cabin fever. They played kindly throughout the day, by themselves and with each other. They all missed the park terribly, however, with a longing not usually attributed to non-living things.

The first day after the rain had gone, the playground swallowed Layla. She was digging in the mulch, then slurped up in an instant and gone underground. Her mother, who had been entrenched in a farming game on her phone, didn’t even see it, it happened so fast, though someone’s father did witness it and described to her a scene she could never believe, even years later. It appeared not to have been an intentional move, according to the father, though he couldn’t say why he thought that, just that a feeling lived in him saying over and over, “It rained so long, and a playground needs kids.” 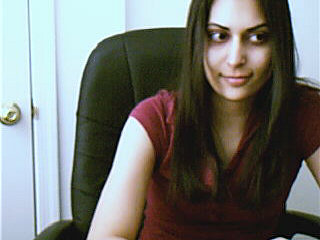 SAMANTHA  DUNCAN is the author of the chapbooks One Never Eats Four (ELJ Publications, 2014) and Moon Law (Wild Age Press, 2012), and her recent work has appeared or is forthcoming in Fruita Pulp, Menacing Hedge, and Posit. She serves as Executive Editor for ELJ Publications and reads for Gigantic Sequins. She lives in Houston.

A few weeks ago I got a DM from the editor of this new zine, whom I'd never met and, aside from a brief personal decline I sent in response to a story he submitted to FLAPPERHOUSE many months ago, had not corresponded with before. His message said some very nice things about FLAPPERHOUSE, and he offered to send me a copy of this zine he started called EXCUSE ME. I finally read it & was delighted to see how it's keeping the spirit of weird, irreverent lit alive-- plus I was surprised & tickled to read a special shout-out in the issue's intro. Anyway if you still miss FLAPPERHOUSE you may want to check out EXCUSE ME. Find them on twitter @MagExcuse
Our managing editor @josephpob gives one last once-over to our Year Five anthology before it flies on 10/31
Our Year Five anthology, containing all four issues from our final year, will fly at last on October 31.
Four years ago today was a very special reading. We launched our 7th issue with a stellar lineup of readers (including the late F. Scott Fitzgerald, our first ever dead writer guest). We also had one of our biggest & best crowds for this one, including a few people seeing us for the first time-- Stephen Langlois, Ron Kolm, and Shawn Frazier-- who'd go on to become beloved members of the Flapperhouse family
Three years ago today, we went back to school with a vengeance & got in trouble with all these fierce writers for our 10th reading
The poster for our very 1st reading, which occurred exactly 5 years ago today
Print copies of our last issue finally arrived to FLAPPERHOUSE HQ, and our managing editor @josephpob is highly delighted. Anyone who is due to receive a copy of this baby from us should have it in their paws within the next week. We apologize for any inconvenience or delayed gratification.
Flappy New Year, everyone!
The amazing @xoalibijones crafted this awesome collage of every FLAPPERHOUSE cover as a Christmas gift for our managing editor @josephpob